Fear and the Outdoor Experience 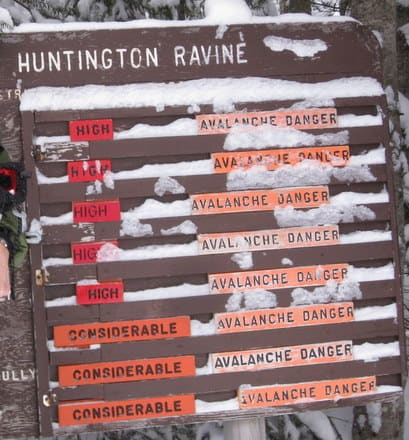 
I was reading Colin Fletcher's The Man Who Walked through Time this evening and I came across a passage where he describes the unsettling feeling of being in a dark canyon when the sun goes down. Even though he couldn't see the walls around him in the pitch black night, he felt their overpowering presence, shutting out all light and sound.

I experienced a similar foreboding feeling this past weekend, driving late at night through Franconia Notch in New Hampshire's White Mountains where the highway passes between the high peaks of the Kinsman and Franconia mountain ranges. I've driven through that mountain pass many times and knew that there were huge mountains on either side of me, but I couldn't see them in the darkness. I felt their presence like a change in air pressure and the road ahead of me became frightfully dark despite my high beams. It felt like the mountains were a malicious conscious force and I was glad when I got to the northbound end of the notch.

This experience reminded me that fear is an inherent part of the outdoor experience, but not something that hikers and backpackers talk much about. I experience fear regularly on many trips ranging from absolute terror to caution and doubt.

Let me give you some examples:

I think the important thing to understand about fear in the outdoors is that it is part of your experience and nothing to be ashamed of. The path to fearlessness, to paraphrase Buddhist doctrine, is to face your fears and not become paralyzed by them. Despite my fears and memories, I remain active outdoors and keep seeking the solace of the backcountry.

How do you cope with fear in the outdoors?

Previous AT Section Hike: Walking on the Treetops
Next Hiking in Aruba