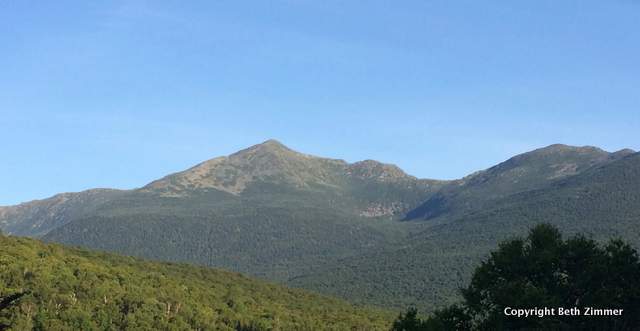 While I enjoy hiking solo in the White Mountains in summer, there are a few trails that I won’t hike alone, in any season for that matter. The Huntington Ravine Trail is one of them. This trail, which climbs a cliff face on the east side of Mt Washington, is considered the hardest and most dangerous trail in the White Mountains of New Hampshire, which is quite a feat, since there are dozens of ass-puckering trails here that have similar billing.

My partner on this hike was Beth, trail-name Damselfly, who’s a tough-as-nails hiker, bushwhacker, and backpacker that I’d met on a winter bushwhack years before on Mt Kancamagus and who’d provided me with valuable route beta when I bushwhacked Scar Ridge. Like me, she’s on a mission to hike all of the trails in The White Mountain Guide. It’s a variant of section hiking, but local to the White Mountains, which has 608 trails that total 1440 miles in length.

We’ve both tried to climb the Huntington Ravine Trail in the past, but had multiple trips canceled due to bad weather when the wet rocks that form the trail are best avoided. Covered with ice and snow over half the year, when full-on technical ice climbing or rock climbing gear is required, there are only a few months of the year when the trail is passable by hikers, making it an elusive and difficult trail to ascend. Descent is not recommended during any part of the year, without climbing gear. See The White Mountain Guide for details.

However beautiful clear weather was forecast for the day of our hike. We got an early start, hiking up the Tuckerman Ravine Trail to the lower section of the Huntington Ravine Trail that leads to the base of the cliff face. We soon passed the avalanche rescue cache for ice climbers and took a food and water break in the shade at the bottom of The Fan, the rocky boulder field that forms the base of the cliff.

Beth led the climb after our break, scrambling between and over the boulders carefully, following the yellow blazed trail painted on the rocks. It was slow going, not your average hiking trail, but typical of the above treeline scrambles you find on Washington and the peaks in the Northern Presidential Range – Jefferson, Adams, and Madison.

So far so good. We were able to elude some lingering wet spots on the rock, but the trail became increasingly vertical as we climbed higher. We hugged the rock face closely keeping our center of gravity away from the open ledges, jamming our hands and feet into cracks and seams between the rocks for better purchase.

The Pinnacle, a huge tower of rock, loomed to our left. We saw no other hikers ahead or behind us during our ascent, just a pairs of rock climbers climbing the precipice.

I switched off with Beth when we reached a difficult chimney. I climbed up first and pulled her backpack up so she could climb it unencumbered. The top was in sight and we scrambled up an avalanche slide, coming to the huge cairn at the top of the cliff where the Huntington Ravine Trail meets the Alpine Garden Trail. We were on level ground again. We bumped fists and took a break, feeling great and energized for the next part of our journey.

The weather started to deteriorate as soon as we’d topped out at the Alpine Trail, despite a sunny forecast, so typical of Mt Washington which has unpredictable weather. Cold fog soon enveloped us, turning to heavy cloud, with gusty 35 mph winds and dry lightning later in the afternoon.

Beth planned to hike down the Nelson Crag Trail and back to the Pinkham Notch Visitors Center, while I planned to hike up the Nelson Crag Trail to the Mt Washington summit, before looping around Washington on the Crawford Path, crossing the Bigelow Lawn, and hiking down Boot Spur and the Boot Spur Link to the floor of Tuckerman Ravine. We hiked the remaining, easy part of the Huntington Ravine Trail together (0.3 miles), and parted ways promising to meet up again soon. We’d made a good team.

I summited Washington, climbing over a section of the Cog Railroad and refueled on potato chips and cokes in the summit cafeteria. There was a mob of people on the summit that day, so I soon fled to the solitude of the Bigelow Lawn, a huge expense of alpine grass on the wide plain between Washington, Mt Monroe, and Boot Spur, one of Washington’s subsidiary peaks.

I really love the lawns on Washington and the Northern Presidentials. There’s something about the lines of rock cairns that stretch out across them to the horizon, that appeals to me.

By 4 pm, the sky had turned ominous looking and a strong breeze had started blowing cold fog across the lawn. I felt a few drops and hoped I’d get down below treeline before it started to rain or thunder.

I hiked over the summit of Boot Spur and started to climb down the northwest side towards Pinkham Notch, planning to hike down a steep side trail called the Boot Spur Link which leads to the base of Tuckerman Ravine at the Hermit Lake Shelters.

I’d been warned that the Boot Spur Link Trail was steep, but it provided a very fast escape route below treeline. Just as I reached its bottom, I saw a few flashes of lightning over nearby Tuckerman Ravine, a good time to be down on the ravine floor surrounded by tall trees. I was soon on the path back down to the Pinkham Notch Visitors Center and on my way in search of a pizza to refuel and savor the accomplishments of the day.

SectionHiker is reader-supported. We independently research, test, and rate the best products. We only make money if you purchase a product through our affiliate links. Help us continue to test and write unsponsored and independent gear reviews, beginner FAQs, and free hiking guides.
Previous KEEN Summit County Winter Hiking Boots Review
Next 10 Best Backpacking Tents of 2020