Hiking in Scotland: The TGO Challenge 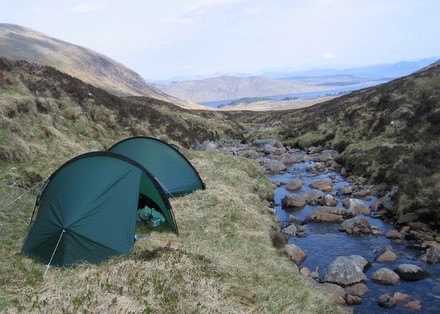 Warning: Another big adventure in the works.

I’ve decided to apply to the 2010 TGO Challenge, an annual, non-competitive, coast to coast hike across Scotland, sponsored by a UK magazine called The Great Outdoors (TGO). The walk is between 180-200 miles, depending on the route taken, and must be completed in 15 days. This year, the 2009 Challenge is being held from May 8-22, just a few weeks away.

Although the Challenge is a coast-to-coast walk, each participant plans and submits their own route, which traverses some of the wildest parts of Scotland including the Highlands, the Monadhliath, Grampian, and Cairngorms mountain ranges. Hikers can make their routes as easy or as difficult as they choose, by taking a low route and walking on established roads or landrover tracks, or a high route that climbs mountains over 3,000 feet called munros. Camping is entirely optional and many participants spend all or some nights at B&B’s, meeting up with other participants along the way, making this a very social event if you want it to be. Hikers also have the option to stay in bothies, which are generally stone buildings located in picturesque spots, like the one below in Glen Peal, where hikers can get out of the weather. Bothies are maintained by the Mountain Bothies Association, a volunteer organization, that maintains these structures. 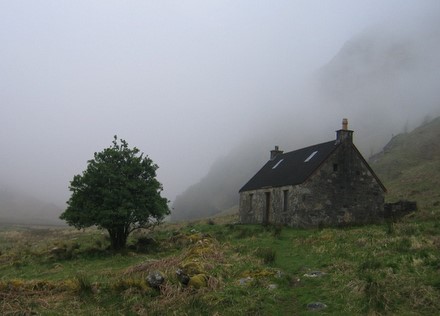 2009 is the 30th anniversary of the Challenge, which has been expanded to accommodate 360 participants, up from 300 in prior years, many who have hiked the crossing before. To participate, one applies by filling out a form published each year in the October issue of The Great Outdoors magazine. If accepted, each participant must submit their route plan to be vetted by expert advisers who can make suggestions to improve the route or make it safer.

I’ve hiked in the Highlands before, mostly around Ullapool, north of Inverness. I lived in Edinburgh during graduate school and have been back to visit the east and west coasts, including Orkney, many times. While I’ve never done a cross-country trek in Scotland, I’m confident that I’ll be fine. I know that it’s a difficult and potentially dangerous climate and environment to hike in, but I’ve done a lot of solo hiking elsewhere in equally unforgiving terrain. However, the one potential accommodation I’m willing to consider in the name of safety is to bring a GPS on this trip. 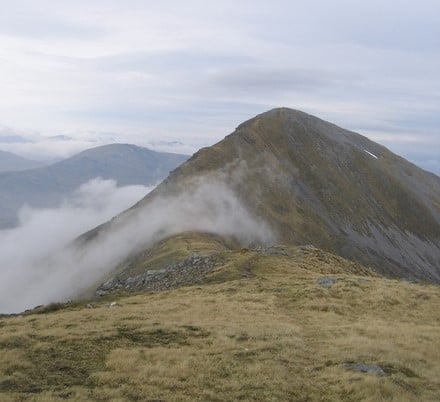 Planning one’s Challenge route is a complicated affair and takes participants several months to complete. I’ve already started, tracing the routes taken by several participants, including Ali Ogden, who has been gracious to let me reproduce photos from her 2008 Challenge here. Another good site to check out is Doodlecat.com, which has more Challenge diaries and photos. 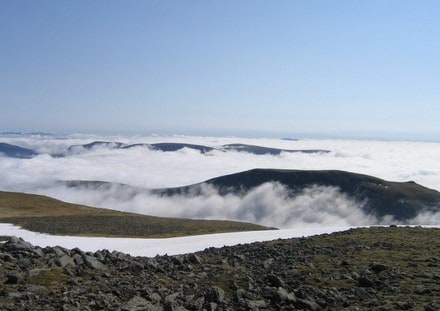 In addition, my fellow blogger Martin Rye has got me started with Quo, a wonderful digital mapping package that displays UK Ordnance Survey maps, and recommended some essential hiking references which I’ve purchased through Amazon UK, including:

If you live in the US, you are far better off buying them via Amazon UK, where they are much less expensive, even with international shipping.

As I mentioned above, route plans are vetted by Challenge administration for safety reasons, and to reduce crowding and environmental impact. Participants can start their hike in number of different locations on the east coast of Scotland, but all finish in Montrose, just south of Aberdeen on the east coast. Although, I’m still very early in the planning process, one potential route sequence I’m considering is Dornie, Shiel Bridge, Invergarry, Dalwhinnie, Braemar, Clova, Edzell and Montrose. These are all towns along the route, separated by huge swaths of mountains and wilderness.

For safety reasons, Challenge participants are required to call in to Challenge Control or text their status every few days. In addition, route plans must specify bad weather route options in addition to the primary route you hope to follow.

About 10% of the participants each year are from other countries besides the UK, making this an international event. I know I have loads of work ahead of me planning the logistics of this hike, but it’s the kind of adventure that thrills me to my soul.

SectionHiker is reader-supported. We independently research, test, and rate the best products. We only make money if you purchase a product through our affiliate links. Help us continue to test and write unsponsored and independent gear reviews, beginner FAQs, and free hiking guides.
Previous Ultralight Mini Grater
Next Tetanus Guide for Hikers and Adventurers