What is an Inverted Canister Stove? 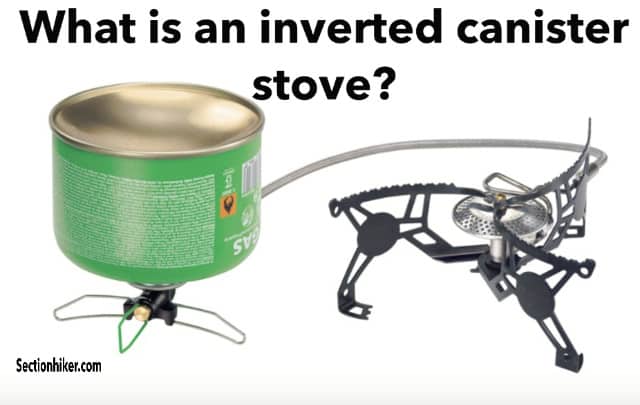 An inverted canister stove is a canister stove that can burn canister gas (an isobutane/propane mix) in lower temperatures than a regular canister stove. It’s good for winter camping when the nighttime temperature drops below 15 degrees (F). That’s the temperature at which point regular (upright) canister stoves like a Jetboil Flash, MSR Windburner, or MSR Reactor begin to fail because the gas inside them can’t vaporize.

This has two benefits.

If fuel efficiency is of paramount importance, and it frequently is in winter, a remote inverted canister stove will burn more efficiently if it’s surrounded by a windscreen, something you can’t do with most upright canister stoves, less they overheat and explode. The one exception to that is a completely enclosed burned head, like the radiant burners used on the MSR Reactor and the MSR Windburner stoves. However, both of those stoves have the same temperature limitation of regular upright canister stoves (like a Jetboil Flash or MSR Pocket Rocket 2) because they can only burn canister fuel in its gaseous form.