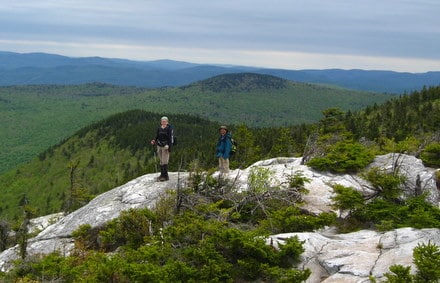 I finished the last section of the New Hampshire Appalachian trail south of Kinsman Notch this past weekend, climbing Mt Cube (2,909 ft) on Saturday with my friends natureGirl and Mark. We started at the trail head off of NH-25A and climbed up the steep northern side of Cube, walking about 7 miles in 5 hours to our shuttle parked on Quinttown Rd, to the north of the AT, down Jacobs brook.

I think we were all surprised as how nice this walk turned out to be. The leaves are mostly out on the trees and the trail and surrounding peeks were a neon green. The bugs were out but we were all wearing long shirts and pants, and bug dope, and as long as we kept moving the bugs stayed at bay.

The hike up Cube is pretty steep and rocky, gaining 2,000 feet of elevation over 3 miles, with some challenging scrambles over rocks and roots. This must be a great ascent in crampons in winter. There is a north summit with very fine views and ledges. It was pretty cool there, so we hunkered down out of the wind and had a decent sized snack before hiking to the south summit and descending. 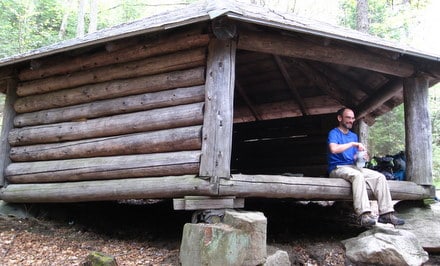 Mark is a recent transplant to the east coast, having moved from Boulder, Colorado to the Boston Area, and this was his first time on the Appalachian Trail. He was blown away by the greenery and the lack of switchbacks on the ascent. He’d never seen an AT style shelter, so we checked out the Hexacube Shelter on our descent which is fairly unusual, having six sides, including a five-sided privy. 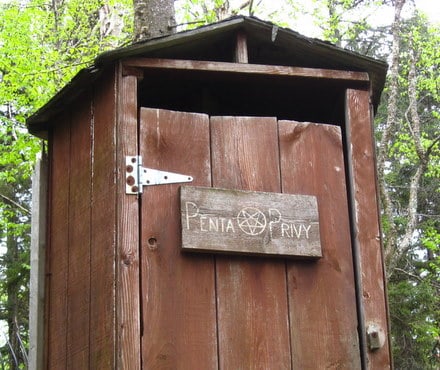 The descent on the south side of cube is also pretty steep and dramatic, with excellent views of Smarts Mountain to the south. Once past the Hexacube Shelter, we came to the Eastman Ledges, and then continued to stream crossings over the north and south branches of Jacobs brook. The water level on the south branch was a lot lower than when I was here a few weeks ago and we we able to cross easily. However, I still don’t like where the Dartmouth Outdoor Club has located the Appalachian Trail stream crossing, so we hiked upstream a ways and crossed at a much safer location. 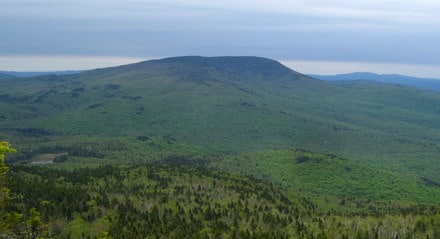 From this point on, I will be focused on section hiking the AT through the White Mountains and into Maine. The geology and fauna there are completely different from Western New Hampshire, being much higher in elevation with significant sections above treeline. However, I hope to come back and do some backpacking in Western New Hampshire later in the year. I’ve enjoyed the solitude and beauty of this region and I expect that it will be a great place to do some autumn trips when the fall foilage is out.