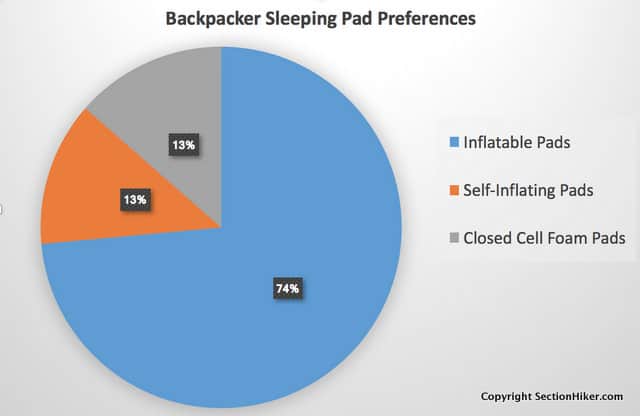 A Concise History of Sleeping Pads

Therm-a-Rest, the inventor of the NeoAir, has always been an engineering-driven company. In fact, the company was originally founded by Seattle-based engineers who had been laid off from Boeing in the early 70’s. Their first breakthrough invention was the original Therm-a-Rest, a reliable self-inflating sleeping pad which was one of the first super-successful outdoor recreation products.

Self-inflating sleeping pads were a huge leap forward because they used a combination of foam for insulation and air channels for comfort. There were also quite reliable and will still insulate you if a valve breaks or you tear the face fabric. While large self-inflating pads are heavier and not as thick and comfortable as a NeoAir, torso-length self-inflating pads like the Therm-a-Rest Prolite (9 oz) are an often-overlooked ultralight sleeping pad option, that’s just a relevant today as it was decades ago.

The accordion-style folding Z-Lite foam pad was Therm-a-Rest’s next major innovation, a product that is still used by serious long distance hikers because it’s so lightweight, virtually impossible to destroy, inexpensive, and easier to carry than a roll up pad. They’re also far more comfortable than an inflatable sleeping pad in a hammock and can be used to protect an inflatable pad on rough ground or augment it’s R-value in colder weather.

But the design of the NeoAir was a complete paradigm shift away from heavier feather and foam-based insulation to one based on air-pockets and silvered reflective coatings. It was a fabulous technical breakthrough that provided loads of comfort and increased pad thickness, while being quite lightweight. Therm-a-Rest introduced the lighter weight NeoAir XLite in 2012, then a higher R-value version called the NeoAir XTherm, followed by a host of other models for different types of backpacking and camping. All the while, continuously improving the product line with the introduction of lighter weight face-fabrics, improved valve reliability, seam durability, and quieter (less crinkly) interior baffles.

What can the shift in sleeping pad preferences over the past decade tell us about the evolution of backpacking gear going forward? Technological advancements, such as the invention of the NeoAir insulation system, innovative new fabrics, materials, and manufacturing techniques will continue to have a big influence. What stands out for me, is how important the combination of lighter weight gear and increased comfort is to backpacking gear consumers. Light weight by itself will always be trumped by light weight and comfortable. It explains many of the new products we see gear companies introducing this year and seems like an unstoppable trend in backpacking consumer preferences.

This was an interesting survey. Thanks to all who participated.

This survey was run on the SectionHiker.com website which has over 300,000 unique readers per month, so a large pool of potential respondents. Readers were incented to participate in the survey in exchange for a chance to win a raffle for a piece of backpacking and camping gear.

The author is an expert in statistical analysis, survey, and experimental design and is sensitive to these issues. However, given the size of the respondent pool and the strong consensus among user responses, we believe that the survey results published here will be useful to backpackers and hikers who are interested in learning about the sleeping pads used by their peers.

Check out SectionHiker’s Other Reader Surveys:

SectionHiker is reader-supported. We independently research, test, and rate the best products. We only make money if you purchase a product through our affiliate links. Help us continue to test and write unsponsored and independent gear reviews, beginner FAQs, and free hiking guides.
Previous Undercast on Mt Madison in March
Next Hiking Gaiters 101