How to Determine Wind Speed by Observation: The Beaufort Scale 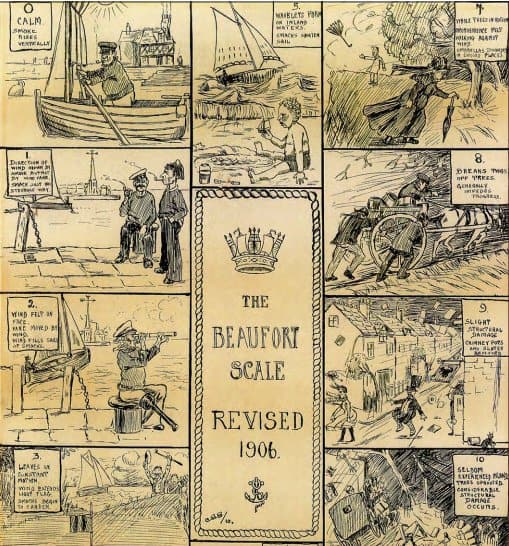 Wind and wind chill can be a real issue when you’re out hiking, and being able to accurately estimate wind speed without a weather forecast or an anemometer can save you from frostbite or worse. But people’s ability to do so is woefully bad and no doubt the source of many an exaggerated tale of hurricane force winds on above-treeline hikes.

However, if you’re observant and you can see the impact that the wind is having on the trees or land features around you, it is possible to estimate wind speed using the Beaufort Scale, originally devised in 1805, by a naval officer in Britain’s Royal Navy who correlated wave heights with wind speeds. It’s since been adapted for land use and is still used to report wind speeds in mountain weather forecasts in the United Kingdom.

I wish I had known about the Beaufort scales years ago when I hiked through hurricane weather my the last leg of the Long Trail. At the time, I had no idea how dangerous the high winds and rain I was hiking through were.

It was raining like hell and windy but I set off that last morning to finish my hike by the end of the day so I could get to work on Monday. Being on the trail for several days already, I had no idea what the weather forecast was and I was in a remote region without cell phone service.

I can still recall the torrential rain and wind that day and that tree branches were falling down in the forest around me. I paid it no mind, although the winds must have been blowing close to 40 mph. Had I known, I would probably have stayed in the last shelter a while longer or taken a zero day.