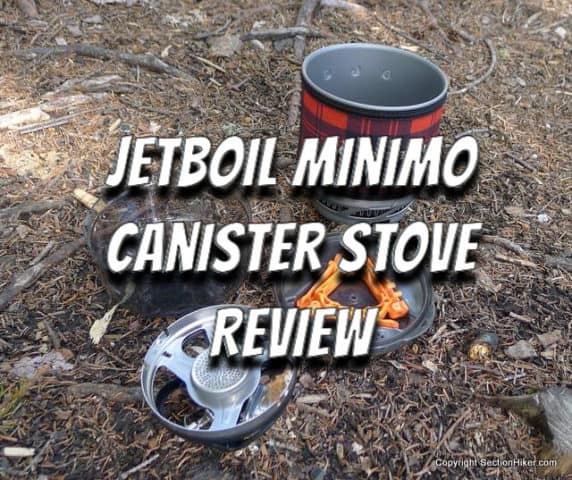 The Jetboil MiniMo backpacking stove is a canister-based camping stove system that can simmer, so you can actually cook ingredients on a smaller flame, in addition to a full-on boil like Jetboil's other personal or group stoves systems.

The Jetboil MiniMo backpacking stove is a canister-based camping stove system that can simmer, so you can actually cook ingredients on a smaller flame, in addition to a full-on boil like Jetboil’s other personal or group stoves systems.

The ability to simmer with reduced heat provides you with the ability to cook more complex, better tasting meals instead of pre-packaged Freezer-bag or Mountain House style food where you just add boiling water to rehydrate. Wouldn’t you rather eat spaghetti with sauce, hearty soups with fresh ingredients, or fish stew made with freshly caught trout? Oh yeah!

While canister stoves with a simmering capability have been around for a long time, Jetboil’s MiniMo is the first complete stove system including a fuel-miserly cook pot with heat retention fins, integrated cap with strainer and sip lid, a canister fuel stand, measuring cup/bowl, and push button piezo ignition, so you don’t have to assemble all of these components from separate manufacturers. This makes the Jetboil MiniMo an excellent option if you’re a beginner backpacker and want an all-in-one cook system that is as good as one a canister-based stove system that you could assemble from scratch.

If you’re already familiar with Jetboil’s older stove systems, here’s a quick summary of the improvements provided by the MiniMo. There are enough you might consider upgrading if you own an older Jetboil model.

The Jetboil MiniMo cook pot has a much shorter and squatter shape than the pot included in Jetboil’s previous personal cook systems, making it easier to eat a hot meal out of with a spoon. Collapsible metal handles are riveted to the side of the pot, replacing the fabric cozy strap on older models. The improved grip is necessary for simmering because you’ll want to lift the pot off the burner more frequently and your meals will likely weigh more because the pot is full of simmering food, not just water. The shorter pot also makes the MiniMo a bit easier to pack in your backpack so you can bring more food and other goodies along on your trips.

The integrated cozy wrapping the pot has also been upgraded and is now available in many different colors including the tartan pattern shown above. In addition to providing a fun decorative element, the different cozy patterns and colors make it possible to tell one MiniMo from another when you get together to eat with friends and they’ve brought their MiniMo’s too!

The old Jetboil burner head has been upgraded with a new simmer control, making it easier to fine tune the size of your flame when cooking. This means that it takes more turns of the wire fuel control to bring the stove up to full power. The stove head looks the same as other Jetboil stoves, including the built-in piezo igniter which eliminates the need to light the stove with a match (although you should bring a second ignition source because these igniters eventually wear out.)

The pot and canister fuel stand has been integrated with the lid in the Jetboil MiniMo so there’s no excuse to leave it at home anymore. In older models, the stove stand was carried in the bottom of the pot and some people (!) would leave it at home to save space. Seriously, when simmering you want the added stability of the pot stand for improved safety because you’re likely to lift the pot off the burner more frequently.

One of the great things about Jetboil stoves is that you can always fit a small fuel canister into the cook pot to save pack space. This has really become a must-have packing requirement in my mind whenever I use a canister-based cooking system that comes as a unit from one manufacturer like the Jetboil MiniMo or a stove system that I assemble from other best of breed products. Simply fit the bottom of the fuel canister over the stove head and slide them into the pot sideways. Then cover with the pot cap and you’re ready to transport the stove and fuel together in a nice compact bundle.

The new simmering capability provided by the Jetboil MiniMo is an enormous improvement over previous Jetboil models which could only boil water, allowing you to cook more complex and appetizing meals in the backcountry, whether you’re car camping or on a fast-and-light mile-crunching backpacking trip. Not only is the MiniMo easier to pack, with a shorter and squatter cook pot, it’s also easier to eat out of with a spoon, making it the best all-in-one cooking canister cooking system available today. The Jetboil MiniMo is a winner that provides beginner backpackers and car campers with a complete personal cooking system and is an attractive upgrade for pre-existing Jetboil owners.

Disclosure: Philip Werner purchased the stove reviewed here with his own funds