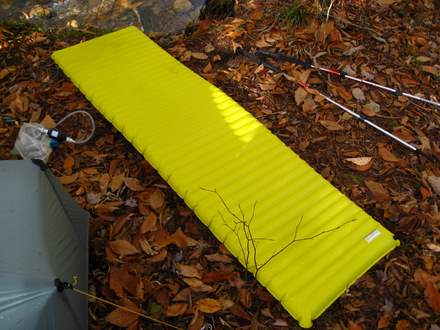 Beside cost, the main difference between these two sleeping pads is thickness. The NeoAir is 2.5 inches thick and the Ridgerest is slightly over one half inch thick. This difference matters most of you are a side sleeper and you need more cushioning under your shoulders and hips.

In addition, inflatable pads like the NeoAir are also more comfortable on less than perfect tent sites where there may be roots underneath you. Since the Ridgerest is made out of foam, it has a lot less give if the surface you’re sleeping on is not perfectly flat.

Once inflated, the NeoAir is pretty hard compared to other inflatable pads that I own like the Exped Downmat 7, the Big Agnes Insulated Aircore, or the Big Agnes Clearview, but not uncomfortably so if you’re used to sleeping on a hard surface like a futon. Inflation takes about 20 breaths which is normal for an inflatable pad of this size, and there is a single twist valve at one end which is simpler than the valve on the Exped Downmat and less likely to leak if improperly sealed. 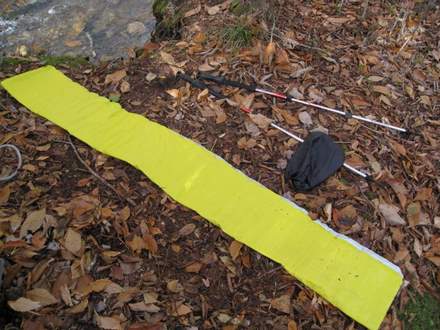 Deflating an inflatable pad takes a little practice, so I suggest you try it at home a few times before taking the NeoAir on a trip. I start by opening the valve and rolling the pad from bottom to the end with the valve 3 or 4 times to get most of the air out. Be gentle when you’re doing this. Next, roll the NeoAir in half length wise and roll it up once or twice until all of the air is out. One of the nice things about the NeoAir is that air can flow freely inside the chambers without regard to chamber geometry, which makes it a lot easier to pack up in the morning. This is not the case with the Big Agnes Clearview, which is a great pad for warmer weather, but can be a little tricky to deflate and pack up. Once the air is all out, roll up the NeoAir and pack it into a stuff sack to prevent punctures, leaving the valve open. 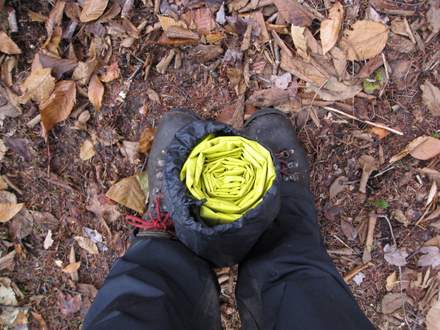 If you currently use a rigid sleeping pad, I’d recommend that you give the NeoAir a try for 3 season use because it will take up far less room in your pack and will provide you with a warmer, more comfortable sleeping surface.  If you’re like me and own a lot of different inflatable sleeping pads, in addition to rigid and foam sleeping pads, the NeoAir fills a useful temperature range, particularly for shoulder seasons when you want a full length inflatable pad that is lightweight enough to insulate you from cold ground but not as heavy as a full-on winter sleeping pad.