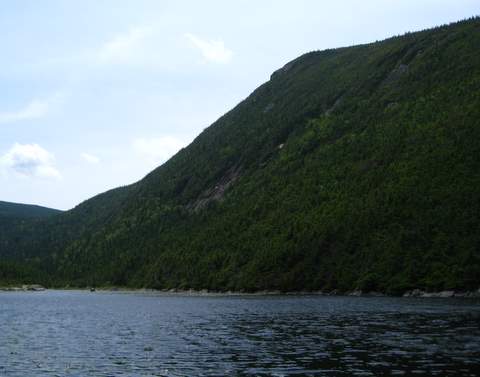 It's been a while since I've done a section hike on the Appalachian Trail, but I got back to it on Saturday, completing a very short section that I'd missed last Autumn along the Kinsman Ridge Trail in The White Mountains.

This hike was special because my regular winter hiking partner, Nature Girl, joined me. We haven't done a hike together since last April when we climbed North Hancock, and it was great to spend time with her in the car on the drive to New Hampshire and catch up.

We've both climbed North (4,293 ft)  and South Kinsman (4,358 ft) before, but we decided to take a less traveled route up to these peaks. Most people climb the Kinsmans from Franconia Notch up the Cascade Brook Trail. Instead, we climbed them from the west on the Mount Kinsman Trail. This is a steep trail that rockets up 800 meters to the base of North Kinsman, meeting the Appalachian Trail just south (and above) the Kinsman Pond.

This trail is just as difficult and rocky as climbing the east side but it has a lot of water on it, including one beautiful waterfall. There's also a very nice side hike to Bald Peak (2,470 ft) that forks off at the half way point. A side trail takes you to a treeless summit with a fantastic view of the west side of North Kinsman. There were dozens of dragon flies hovering and darting over the Bald when we were there, which was quite a sight. I have no idea what attracts them to that spot. 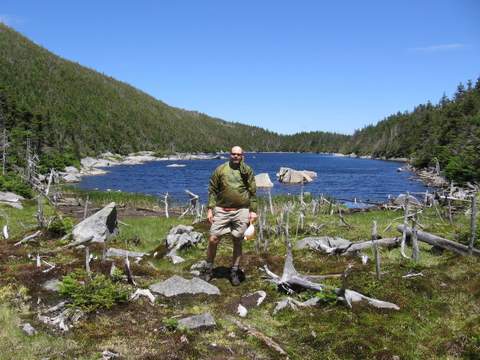 The section of the AT that I needed to return to and complete is on the south side of South Kinsman, starting at the summit and runs south about a 1/4 mile. It's not as trivial as it sounds. This stretch of trail is a difficult scramble down and then back up over very steep, vertical rock. I had a blast climbing down and then back up, using every rock gym move I know.

Total hike time was 8 hours with about 12 miles of hiking and 3,400 feet of ascent. This leaves me with just 4.8 miles of the AT left in New Hampshire, which I hope to finish in the remainder of the year.